Love Does NOT Discriminate 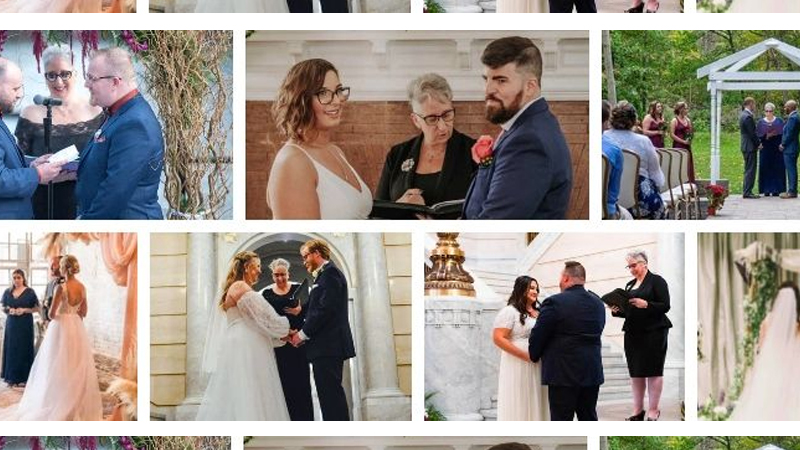 Picture it… 2011, I was asked if I would become an ordained wedding officiant…the reason?  Two of my friends could not find a Rabbi to marry them because they were a same-sex couple.  I looked at them and without hesitation, I said yes.

I figured out what I needed to do and became ordained online first through Universal Life Church and then a few years later through American Marriage Ministries.  I had not thought about becoming a wedding officiant but after one wedding I was hooked.  I am a romantic at heart.  I had always been the photographer at a wedding, you know behind the scenes and capturing someone else’s day, not being a part of it, especially not in such a big way.

It dawned on me at that time how many people I knew who could not marry the one they love because they were a same-sex couple.  Couples who have been together for five, ten, twenty years or more could not become a legal family.  It saddened me but more importantly, it angered me.  How could you not be allowed to marry the one you love? If something were to happen to someone’s partner and were hospitalized, they were not considered immediate family because they were not married even though they lived together as married and were a family.  As time went on, slowly but surely, more and more states and countries legalized gay marriage.

I get calls, more than I would like to admit, asking if I will marry an LGBTQ+ couple because the couple has been told no by other officiants and wedding vendors?  My answer is always YES, but I am always stunned by that question.  I am stunned that there are still officiants and wedding vendors that will not marry a couple because they are lesbian, gay, bisexual, transgender, non-binary etc.  It just baffles me that in 2022 that this is still an issue.  People are people and we are a true believer in love and love does NOT discriminate and this why Ceremonies by Lori is an all-inclusive wedding vendor!